It’s time to create a grand adventure…right in your living room! The next great story doesn’t have to come from a book, but their own imaginations. Just use some of their favorite toys, a couple of props, a sheet and flashlight to create a shadow puppet theater where they can really shine! Places, everybody, the show’s about to start! 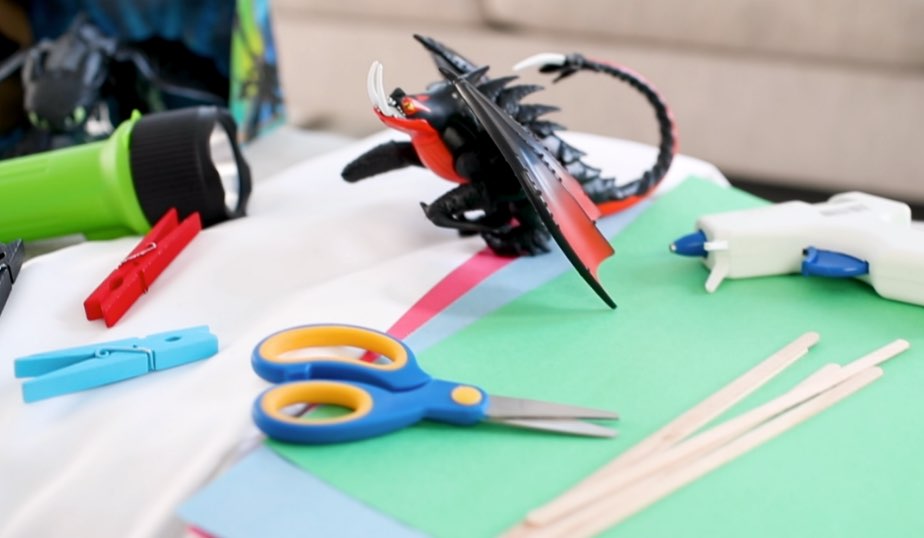 First, create some props using the construction paper, scissors, popsicle sticks and glue. Make some trees, clouds, waves or whatever their story might need! Cut each out and glue them to a popsicle stick. 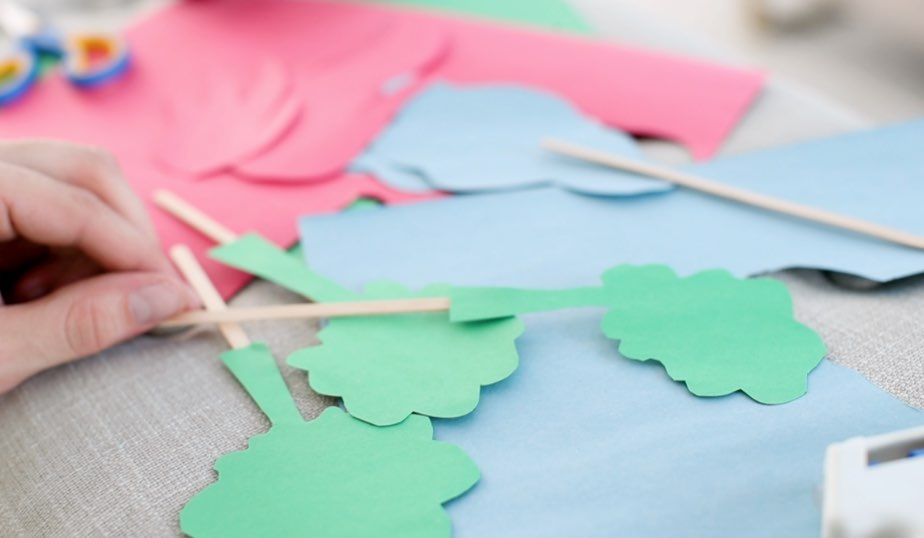 Fasten string to a secure area (like a door handle or shut a window on the other end) and drape the sheet over the string. Keep it in place with clothespins pinned to the sheet and string. 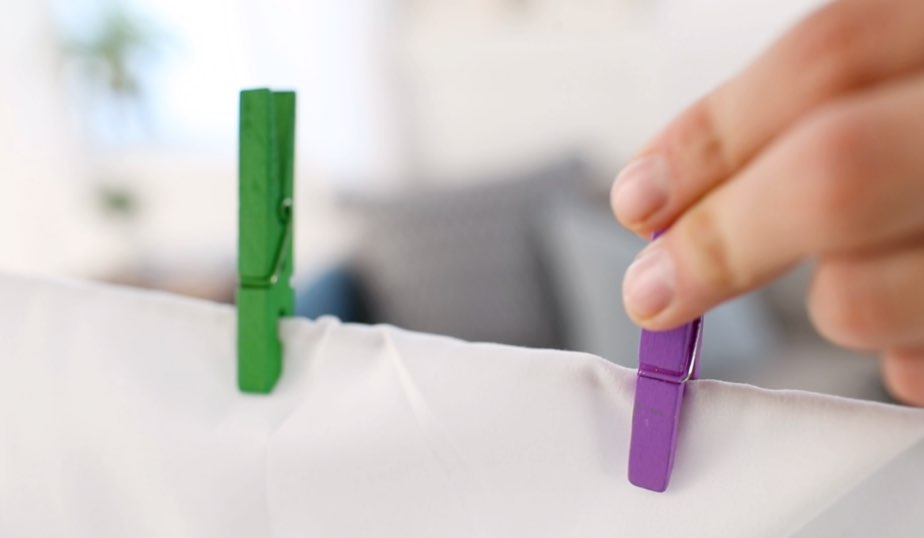 Set the flashlight up behind the curtain. Pick some great toys and let their imaginations run wild! 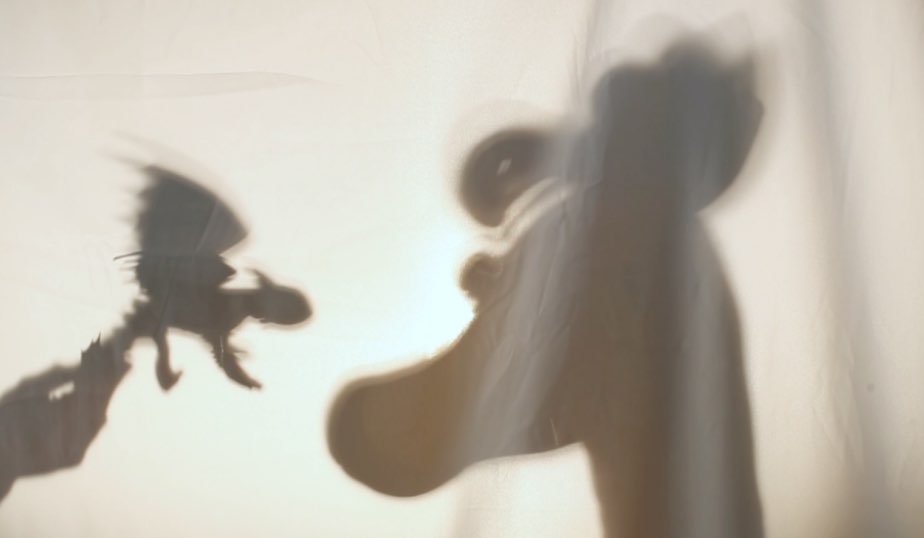