When it’s time to fight crime, hop into the Batmobile and dish out justice by the mile. The Batman Launch and Defend Batmobile Remote Control Vehicle is easy to use, easy to control and makes it super difficult for bad guys to get away. The Batmobile features authentic details and rubber tire treads for lots of play. Place the four-inch Batman figure inside the driver’s seat and search the streets of Gotham City for hiding villains. The remote controller is easy to use, just hand it over to your little heroes and they can control the Batmobile up to 250 feet away with two joysticks that move forwards, in reverse and make turns. Uh oh, there’s a roadblock up ahead! Make a quick getaway with the center red button on the controller. When pressed, Batman will eject from the Batmobile and making a daring escape or an epic entrance that’ll shock every enemy who sees the Caped Crusader crashing down on them. Citizens of Gotham City can breathe a sigh of relief, Batman’s cruisin’ and dishing out a bruisin’ on baddies all over town. 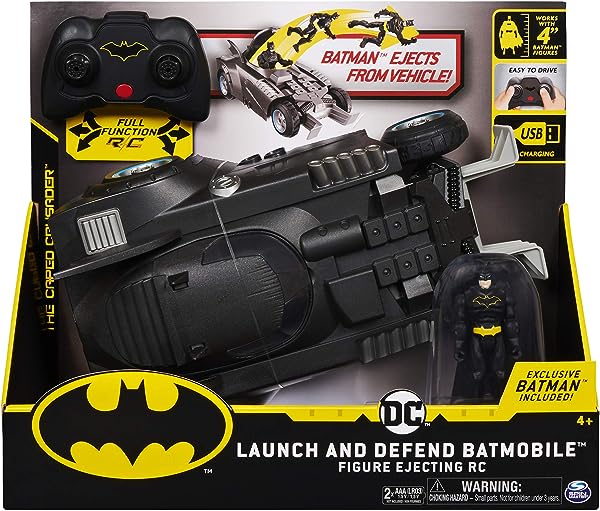 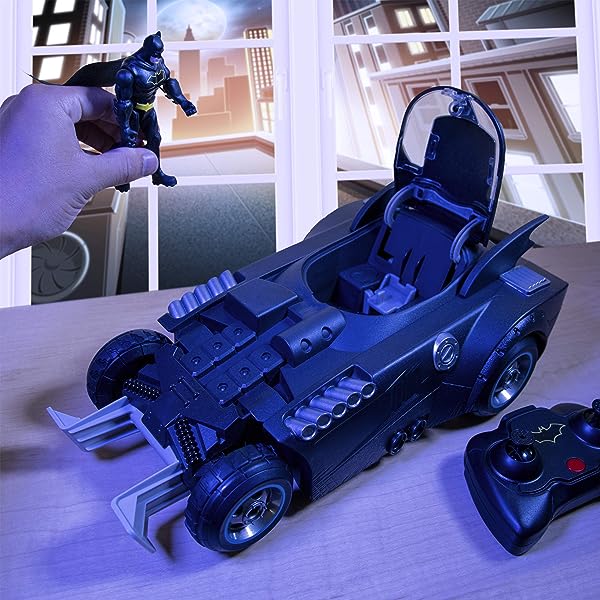