hit the streets and the waves

To the Batmobile…and Batboat…at the same time! The Batmobile 2 in 1 Vehicle dishes out justice by land and sea with the ability to transform from the Batmobile to the Batboat! Just lift the Batmobile’s hatch, pull out the Batboat and search the seas of Gotham City for evildoers and baddies. Both vehicles feature sleek details sure to intimidate any foe unfortunate enough to come into contact with the Caped Crusader and can be used with a Batman four-inch action figure! Put Batman into the driver’s seat and cruise around town, search for members of the rogues gallery or hit the waves to make sure Gotham City is protected everywhere. Wherever Batman is needed, he’ll be there before the bad guys can get away with the Batmobile 2-in-1 Vehicle. 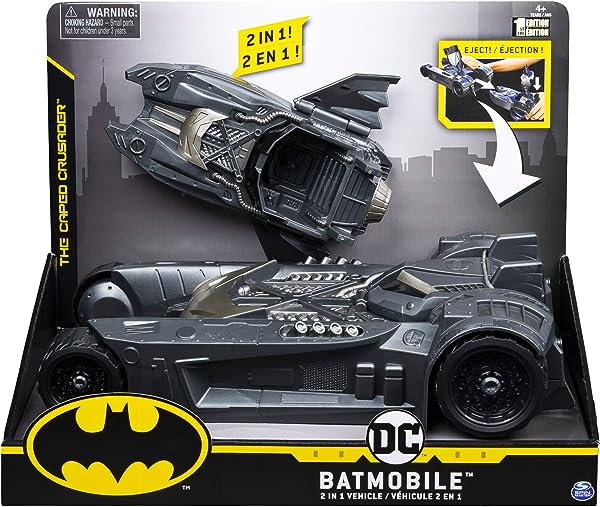 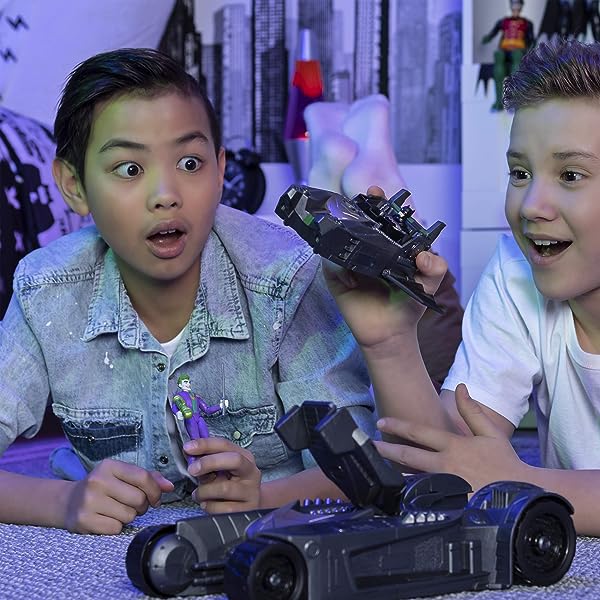