a snake’s in the lane!

Go head-to-head against a gigantic cobra in the Hot Wheels Toxic Snake Strike Challenge playset. They’ll need lots of speed and a little luck to take down this slitherin’ snake, but we’re sure they’ve got what it takes! The playset is easy to set up and includes green slime that’ll ooze from the cobra’s fangs! Place the included Hot Wheels vehicle in the launch bay and press down on the lever to send it soarin’. Unlucky drivers will get caught up in all that ooey gooey slime and fall to the bottom. The bravest of the brave will drive up the cobra’s body, through its mouth and slam down on either the snake eggs button or the meltdown button. Either way, they’ll defeat the cobra and it’ll come tumblin’ down. It’s action-packed and lets the kiddos use their imaginations to create stories as they play. Plus, there’s high-speed fun and one epic takedown that’ll have your little snake charmers jumpin’ for joy after their victory! 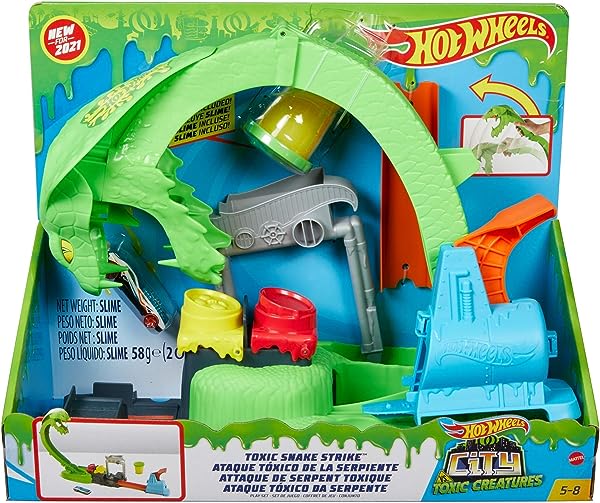 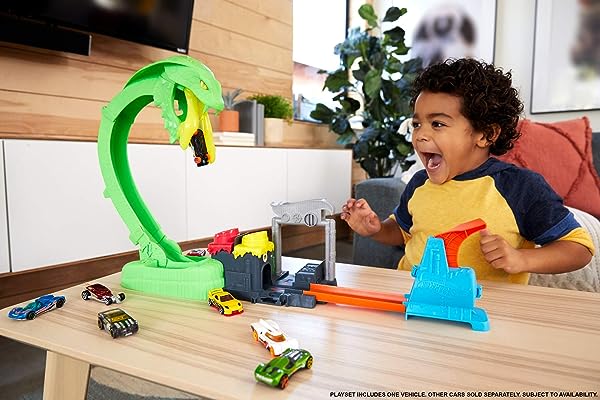