That Joker, always up to something! This time, he’s got his sights sets on a bank vault filled with money. He plans to use his tricked-out hotrod to rip it from the bank and take off! Fortunately, Batman and Batgirl are out to stop him before he can get away! The LEGO Batman vs. The Joker: Batmobile Chase is a 136-piece construction set suitable for LEGO builders ages four and up. First time builders can use the special Starter Brick car chassis to learn how to build the Batmobile featuring flaming boosters and side launchers. They’ll also build Joker’s hotrod with a dastardly catapult and a bank vault area that Joker plans to steal! Batman, Batgirl and Joker LEGO minifigures are ready for every action-packed adventure they can think up. Batgirl rides her skateboard and fires her grappling launcher, Batman hurls a batarang and Joker uses his own rocket launcher to try and stop the dynamic duo. Gotham City needs their help, so suit up your little superheroes and get ’em pumped for big play! 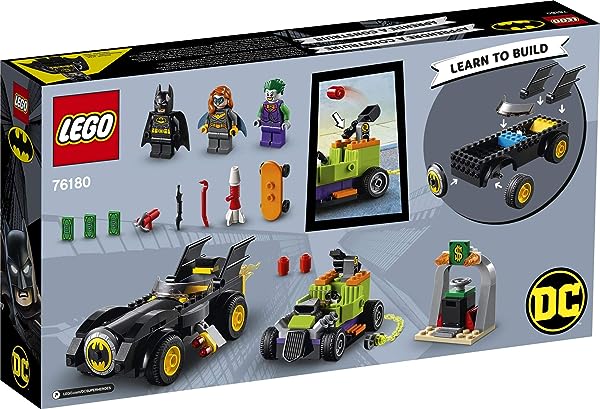 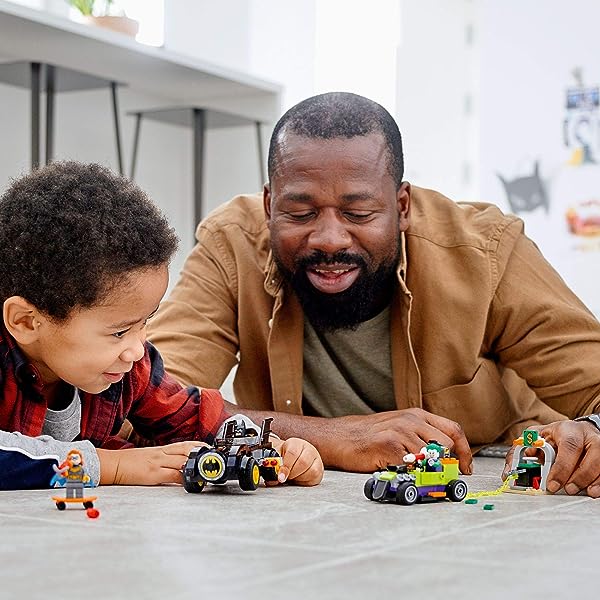