A lot has happened in the Astronomy Tower, from Harry and Hermione’s ascent to send Norbert to Romania, an attack by Umbridge that sent Hagrid fleeing the schoolgrounds to the infamous Battle of the Astronomy Tower itself. Now, all the wizarding fun and epic battles are theirs to control with the LEGO Harry Potter Hogwarts Astronomy Tower. Build the 971-piece construction set and explore five levels of play. Check out the mandrake in the greenhouse, get a lesson in potions by Horace Slughorn, celebrate the Slug Club Christmas Party with a pastry table, take a trip to the Ravenclaw dormitory, catch a view of Hogwarts from the terrace overview or learn about the stars in the Astronomy classroom. The set includes an impressive eight minifigures including Harry Potter, Hermione Granger, Ron Weasley, Luna Lovegood, Neville Longbottom, Professor Horace Slughorn, Lavender Brown, Draco Malfoy, each in outfits styled from Harry Potter and the Half-Blood Prince. Fans of the Harry Potter series will love this addition to their Hogwarts collection and all the new adventures they can create with accessories, rooms and minifigures! 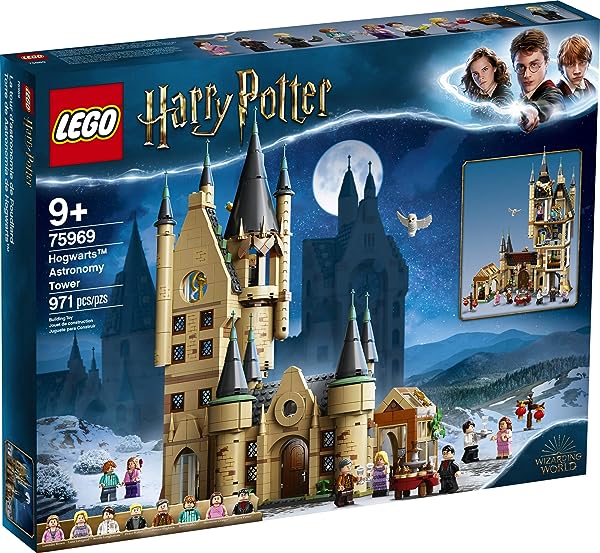 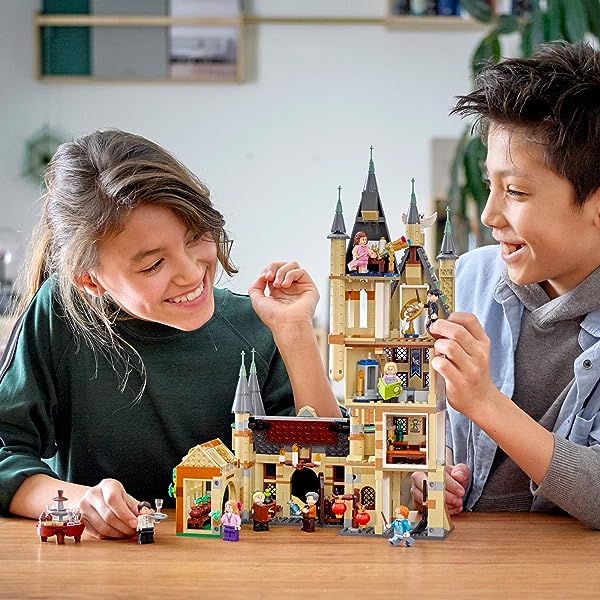