suit up, chill out and throw down

Between midterms and finals, Spider-Man studies the streets of New York City in search of baddies in need of a long lesson in justice. The LEGO Marvel Attack on the Spider Lair includes everything a teenaged superhero could want from a super-secret HQ including a basketball net and basketball launcher, skateboard and quarter pipe, gaming console and Spider-Cycle on the center platform. Hey! What’s that? Looks like Green Goblin and Venom are on the loose! Better suit up and take ’em down. Web-sling over to the Spider-Suit bay and choose between the Iron Spider suit, Stealth suit, Scarlet Spider suit or Spidey’s iconic red and blue suit. Use different web attachments to take out Green Goblin on his Goblin Glider and Venom with tentacles. When they’re caught, keep ’em locked up in the jail. The LEGO Marvel Attack on the Spider Lair includes lots of awesome accessories to give your heroes a day jam-packed with action and adventure! 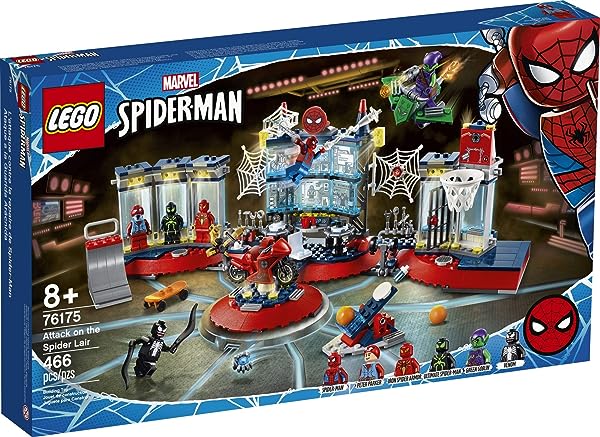 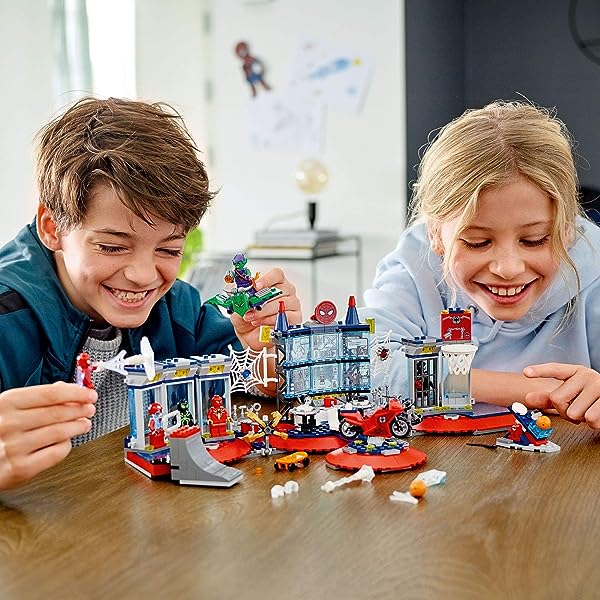