boot up the NES and be amazed!

We’re always excited about new LEGO construction sets, but the LEGO Nintendo Entertainment System really is something special. This is a huge set—we’re talkin’ 2,646 pieces, and there’s not a dull moment throughout the build. Once it’s all completed, they’ll have a retro Nintendo Entertainment System complete with a wired controller they can really plug in. Grab the Super Mario Bros. game cartridge (and remember to blow into it to dust it off!) then lift the console’s lid and put it inside. Now they’re ready to play NES, the LEGO way! On the retro TV they’ll see our eight-bit hero in a scene from the Mushroom Kingdom, but he’s not just standin’ around. Turn the crank on the side of the TV and the background will move—and Mario will move with it! LEGO Super Mario collectors who have a LEGO Super Mario figure can place him on top of the TV and he’ll react to on-screen enemies, coins and power-ups! This is the ultimate LEGO construction set for gamers, Mario lovers and LEGO brick builders alike. If you’re looking for a great conversation piece, look no further than the LEGO Nintendo Entertainment System. 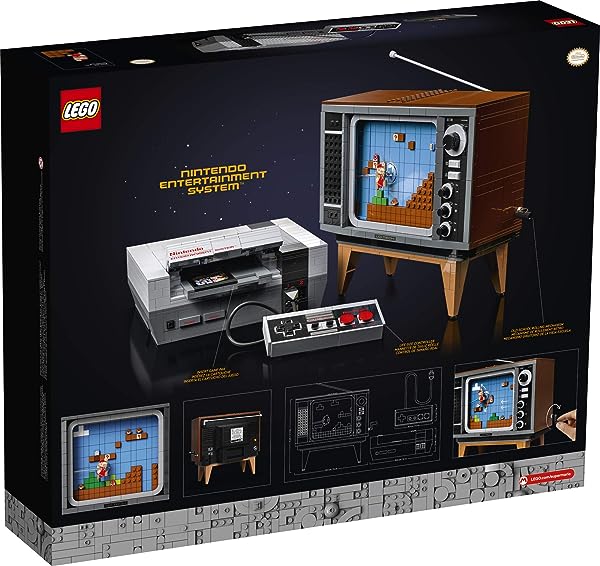 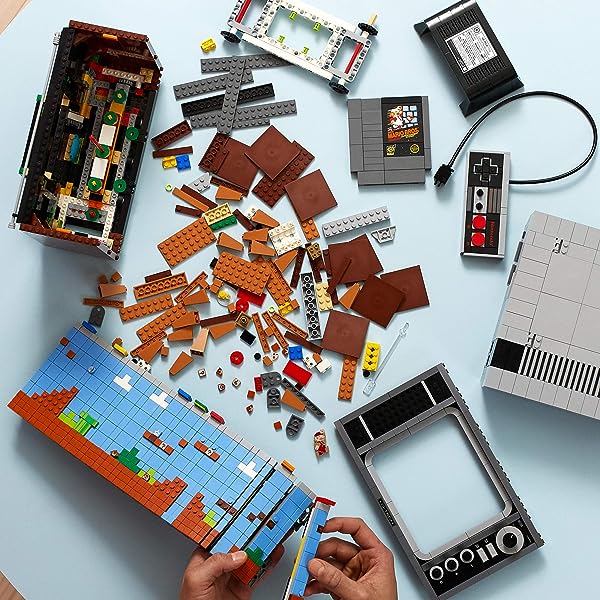