unchain a dragon and fly into battle!

Whoa, look out! This dragon is off the chain and lookin’ to chomp up some minifigures! The LEGO NINJAGO Jungle Dragon construction set includes four minifigures: Island Floyd, Island Zane, PoulErik and Thunder Keeper. Floyd and Zane are gonna need lots of weapons for battle, and the LEGO NINJAGO Jungle Dragon set comes with swords, spears, daggers and more for epic battles. Hop atop the jungle dragon and really let the adventures soar! Flap its wings, open its mouth and whip its tail to make any villain flee from the battlefield. While Floyd or Zane ride the dragon, the other can use the surfboard with stud launchers to take on any baddie left behind. Grab the storm amulet and take control of the seas! The LEGO NINJAGO Jungle Dragon is action-packed with high seas and high flyin’ adventures 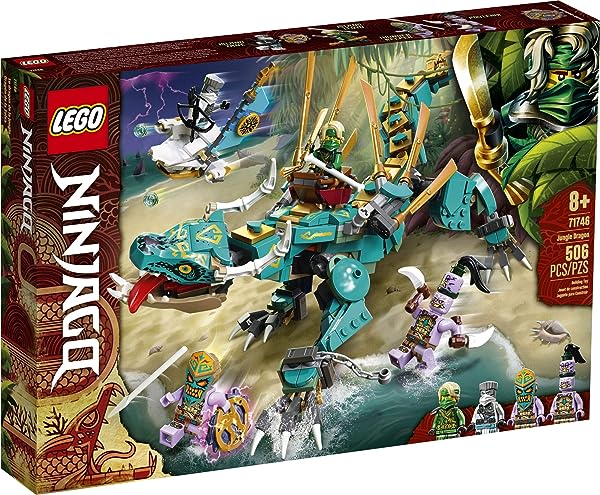 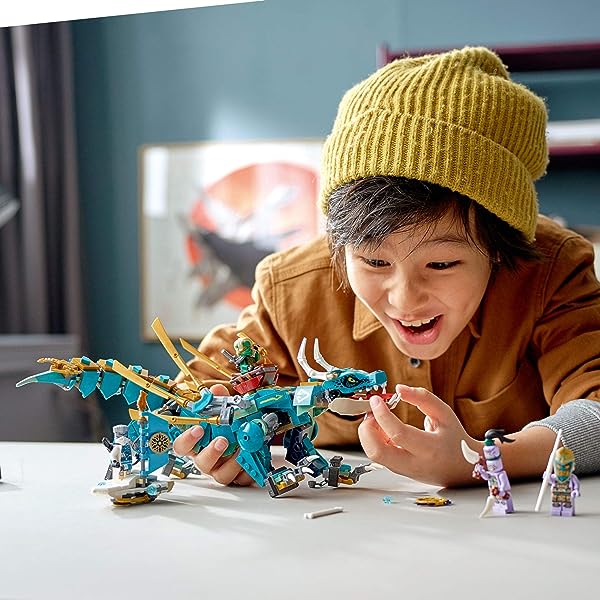