Mario gets swamped with baddies

Fans of Soda World are in for a treat with the LEGO Super Mario Wiggler’s Poison Swamp Expansion Set. The 374-piece set brings a new enemy to the world of LEGO Super Mario…a Wiggler! Your LEGO builders will get to build a part of Soda Jungle, filled with blocks to help ’em make way around the swamp, a folding bridge that reveals a Goomba, a pesky Koopa Paratrooper high in the sky and, of course, a Wiggler crawlin’ around the swamp! Use LEGO Mario (not included) to jump, bop and stop enemies in his path, collect coins and even stomp on the Super Slam Block for extra powers and rewards! When they’re all done with the swamp, they can jump on the raft and make way to their other LEGO Mario courses. Along the way, the sold-separately LEGO Mario will make facial expressions and sounds right from the video game! Tackle the swamp, stop the Wiggler and collect all the goodies! 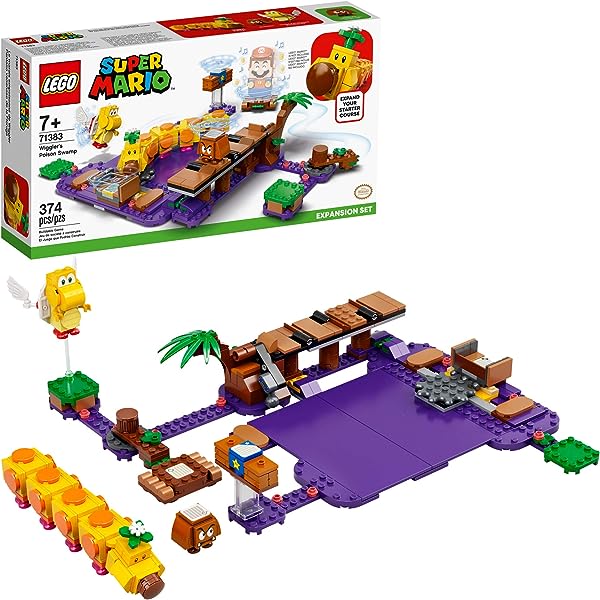 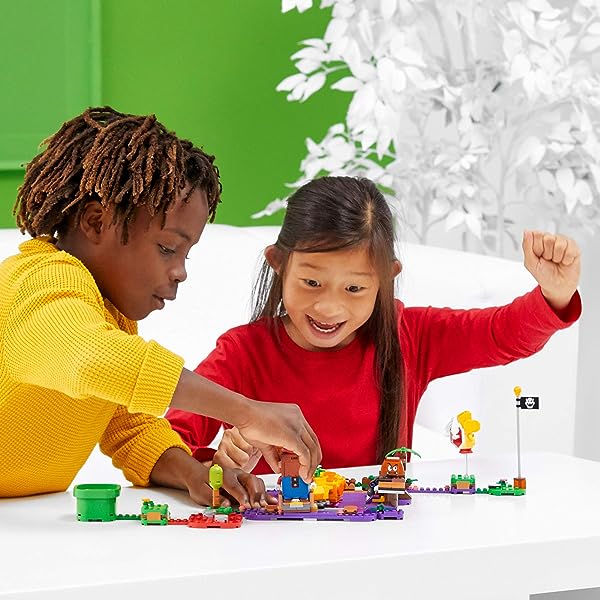