a monster of an experience

Fellow Hunters, a Rampage is threatening the scenic Kamura Village. Explore vast environments, call on allies for assistance and, of course, take down some seriously epic monsters in Monster Hunter Rise Deluxe Edition. New elements to the celebrated fantasy series include the Wirebug, allowing players to find hard-to-reach areas for strategic attack points. Catch a ride on the new Palamutes and traverse the beautifully designed world, attack on the run or heal during battles. Maps feature no loading time, so there’s no delay between exploration and battles. And, speaking of, players will take on new monsters like the huge Tetranadon, the fireball-spittin’ Aknosom and packs of Izuchi. Some monsters from previous Monster Hunter titles make an appearance, too, like Tobi-Kadachi, packs of Wroggi and more. When things get a little tough, call on more Hunters to take on the challenge. Monster Hunter Rise allows up to four Hunters to play at once, locally or online. Uncover the secrets of the Rampage, take on the relentless Magnamalo and save Kamura Village. Hunters, the time has come for another epic adventure! 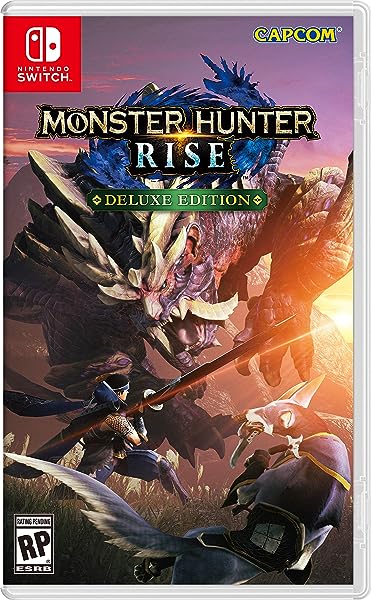