Some Nerf blasters look awesome. Others have incredible range. Still, others are known for their speed. When you combine all three, then add the ability to curve rounds to the mix, you get the Nerf Rival Curve Shot Sideswipe XXI-1200. And when you get it, you won’t wanna put it down. This blaster is sleek. It is fierce. Just load it up with the 12 included rounds of Nerf Rival darts, pull back the bolt and watch ’em fly 90 feet per second, if their eyes can keep up. Rotate the muzzle to curve the shot, either to the left, to the right, straight or down. Competition on the run? Hit ’em on the fly with a trick shot they won’t believe just happened! Left and right-handed Nerf blaster battlers will feel right at home with the Nerf Rival Curve Shot, too. The ambidextrous bolt is designed to give any wielder the power to bend the wind with Nerf Rival rounds. This Nerf blaster don’t play around, so use it when victory is the only 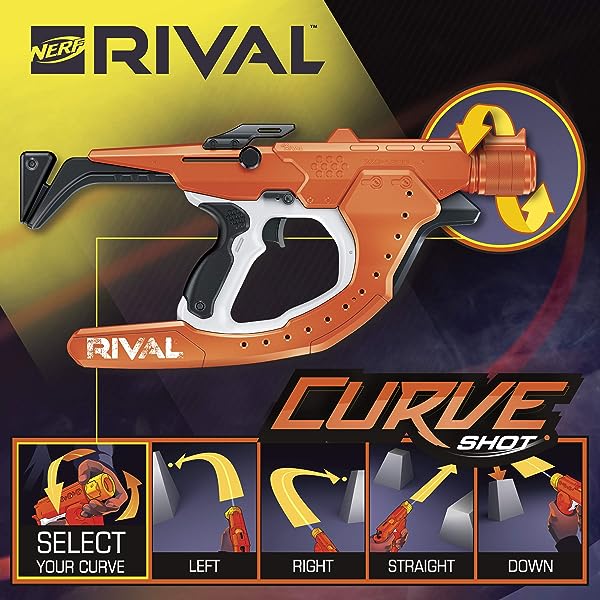 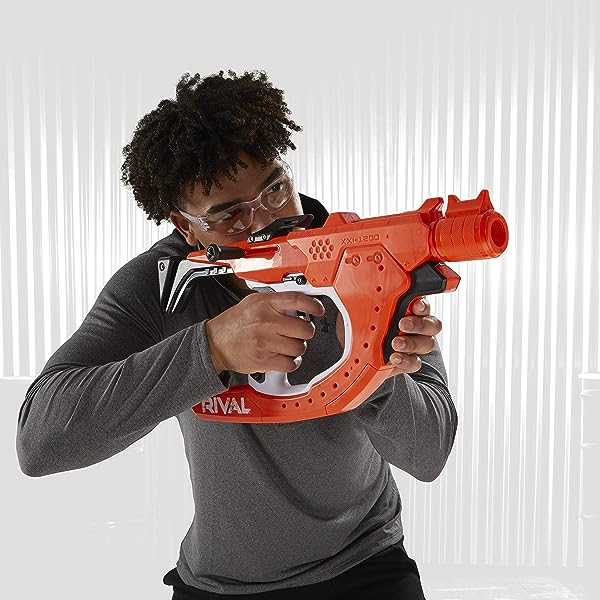