all their faves, ready to battle

The Kanto Region starters, and a few extra faves, are ready to battle with the Pokémon Battle Figure Multi Pack. Open up and find eight figures, six two-inch tall figures and two three-inch tall figures. So, who’s on their team? They can choose from Bulbasaur, Eevee, Squirtle, Pikachu, Charmander or Mimikyu. Whoa, looks like Eevee evolved! They’ll also get three-inch figures of dark-type Pokémon Umbreon and psychic-type Espeon! Both Umbreon and Espeon feature full articulation for action-packed play. The kiddos can build their own team of iconic Pokémon and create big adventures with the high-detail figures. Bring all the fun from the Pokémon TV show and video games to life with an eight figure set perfect for solo play or when combined with Pokémon playsets and other dynamically posed figures. Get ready, ’cause once they open this battle bundle they’ll be all charged up for some seriously fun play. 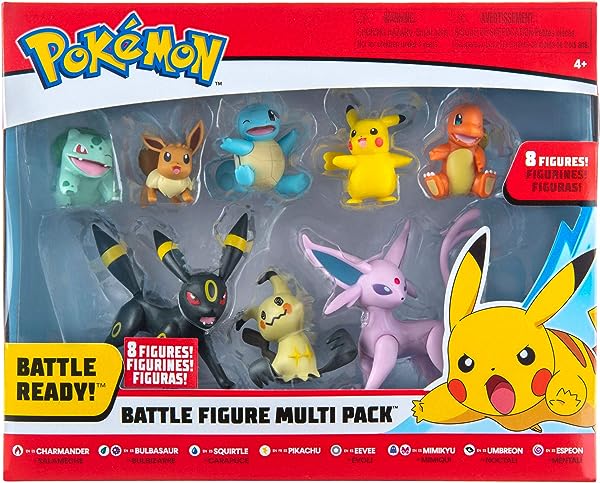 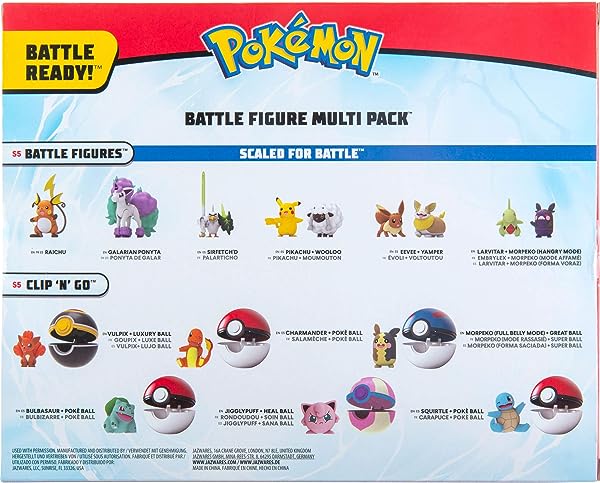