dance along to the hit viral song!

First she went viral on YouTube with a silly song, now Rainbow Brightstar is bringin’ the moves to your living room with the Poopsie Dancing Unicorn Rainbow Brightstar doll! She’s glammed out with rainbow colored hair, a blue crop top and red diaper. Take a look at her glittery face and check out those real, long eyelashes! She looks magical…now press the button on her tummy and watch her come to life! Rainbow Brightstar will sing “My Poops” as she dances around the surface. She’ll move side to side, wiggle her booty, shake her arms and move her head to the hit song that’ll bring giggles and wiggles of their own! Rainbow Brightstar also comes with an angry cloud hairbrush, so in-between performances she can freshen up and look great as she gets back to groovin’ and movin’. A hilarious edition to their Poopsie collection, Rainbrow Brightstar brings the whole “My Poops” song and lots of fun to turn any play date into an instant party! 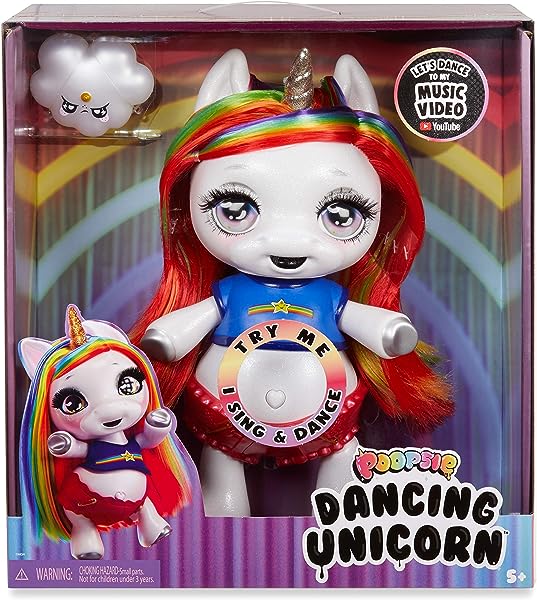 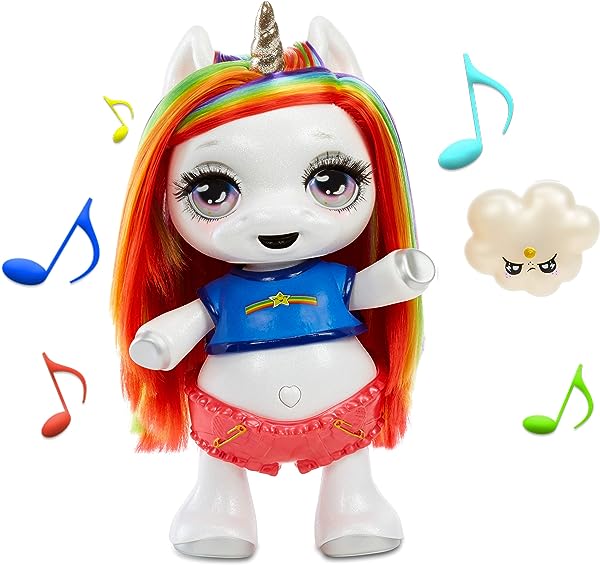