Rainbow Ralph yawns in technicolor in this silly new board game! Players take turns spinning Ralph round and round until he gets so dizzy that he can’t keep his rainbows inside anymore. The player who gets Ralph sick gets to collect the string, and the first to collect three piles wins the game! The game is suitable for up to four players, so everybody has a chance to make Rainbow Ralph…well, ralph! The game’s design is simple to set up and get ready, so you’ll spend much more time laughin’ with your little ones than setting the game up to play. It’s bright and colorful, lots of fun and gives them loads to giggle about! 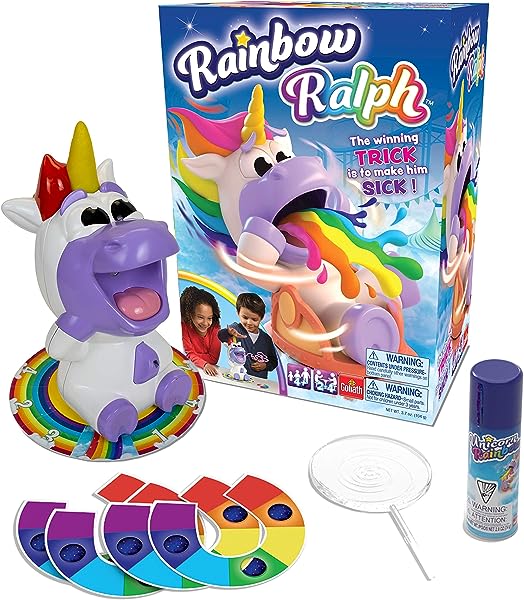 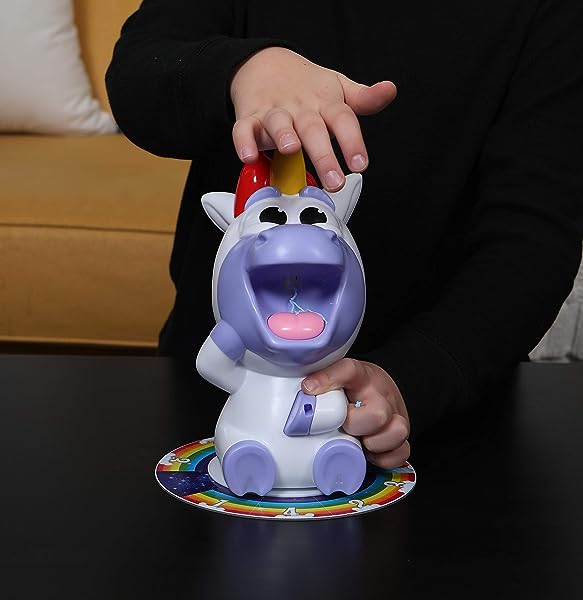