go for the gold

In the Roblox game Final Frontier, the rare Corrupted Gold Knight is possessed by the Nightmare and can be a bit of a hassle to take down. Fortunately, its fate is in their hands with the Roblox Celebrity Collection – Fantastic Frontier: Gold Corrupted Knight + Two Mystery Figure Bundle! Like its in-game variant the Corrupted Gold Knight wears a suit of gold armor to indicate its high-tier, wields a red rapier and includes a bazooka that can unleash devastating destruction. To aid them in their evil fight—or to take ’em on head-to-head—are two mystery Roblox figures! They’ll get one of 24 Mystery Figures and one of 24 Celebrity Collection Mystery Figures to unbox and swap parts with to create unique Roblox figures. Each of the figures comes with a redeemable code they can use online to add some flair to their in-game Roblox character. The Corrupted Gold Knight unlocks his antlered helmet they can wear, while the other two remain a surprise! Add this figure to your Roblox lover’s collection and watch the action unfold! 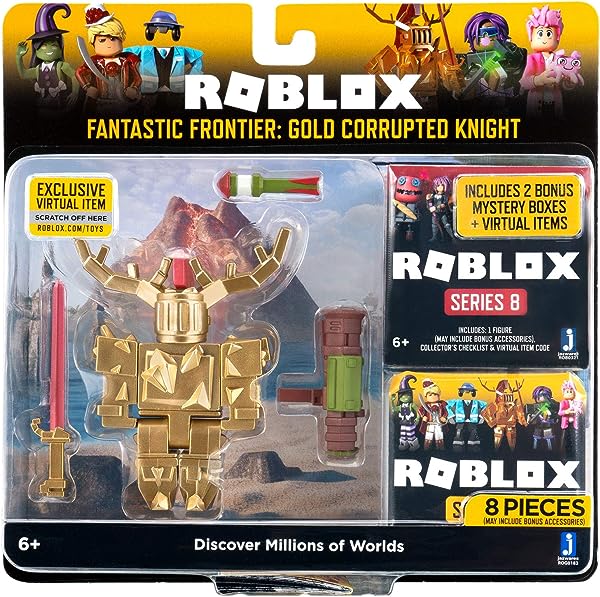 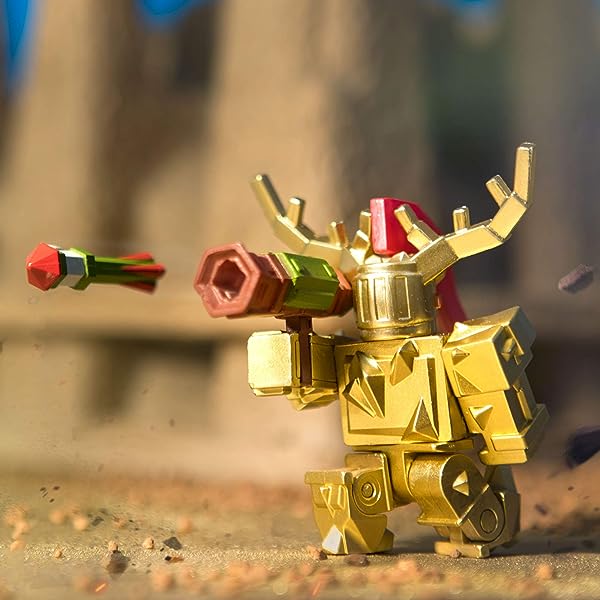