he’s strong with the Force and ready to play

This adorable and mysterious creature has a BIG appetite for play! The Star Wars: The Mandalorian Galactic Snackin’ Grogu animatronic toy comes all filled up with over 40 sound and motion combinations to bring all the action from Star Wars: The Mandalorian to life! Grogu features motorized movements including his moving head, ears, arms and eyes that open and close. Of course, he’s brought along some of his favorite items! Grogu will interact with four included accessories: a bowl with tentacles, cookie, spoon and Mando’s shifter knob! Just hand each over to Grogu and he’ll respond with movements and sounds to match the accessory he’s holding. Speaking of holding, Grogu loves to be loved. When he lifts both hands in the air, that means he wants your littles to pick him up. And, of course, Grogu can channel a mysterious power. When there’s danger nearby, just pat Grogu’s hand three times to activate a two-handed Force animation! At over nine inches tall, the Star Wars: The Mandalorian Galactic Snackin’ Grogu is packed with play that’ll inspire outta-this-world adventures for every little Star Wars lover! 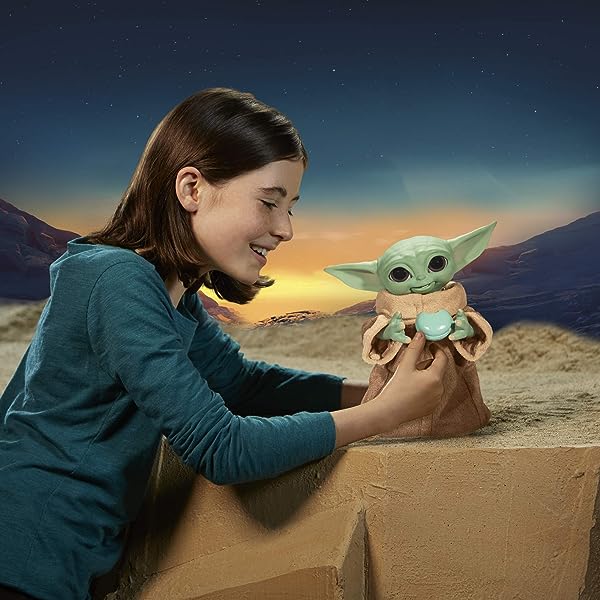 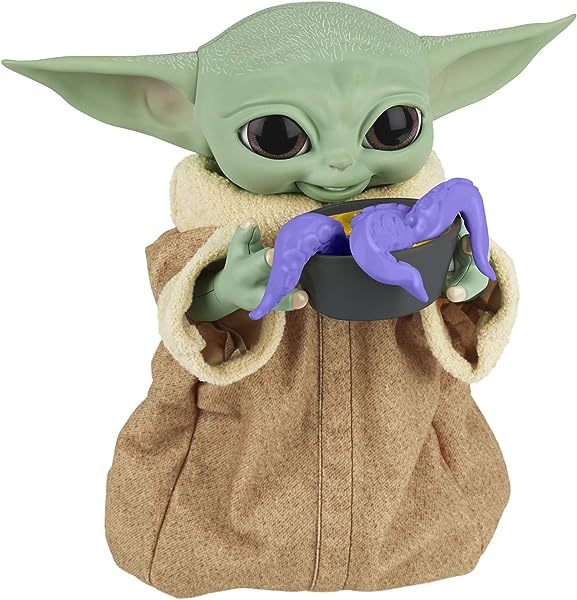