Sold and shipped by or fulfilled through Amazon.com

The link to Pokémon Ranger: Guardian Signs - Wii U [Digital Code] has been copied

This classic game is part of the Virtual Console service, which brings you great games created for consoles such as NES, Super NES and Game Boy Advance. We hope you'll enjoy the new features (including off-TV play) that have been added to this title.

Pokémon Ranger: Guardian Signs is an Action Role-Playing game (RPG) for play on the Nintendo DS/DSi. Based in the long-lived Pokémon mythology, the game retains certain battle and Pokémon capture elements from the earliest Pokémon games, as well as the RPG elements found in the newer Pokémon Ranger series. Features include: use of the DS stylus to facilitate Pokémon capture, and the ability to easily recall them thereafter; puzzle play using Pokémon skills; and 4-player wireless game support. 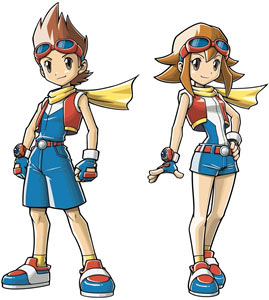 Help Pokémon Get Out of a Pinch

Pokémon Ranger: Guardian Signs is the third installment in the action-packed Pokémon Ranger series. In this new adventure players step into the role of a Pokémon Ranger tasked with protecting Pokémon, people and nature in the Oblivia region. As a Pokémon Ranger, players investigate the nefarious actions of a new enemy, the Pokémon Pinchers, who have been disrupting the peace of the land by chasing and catching Pokémon.