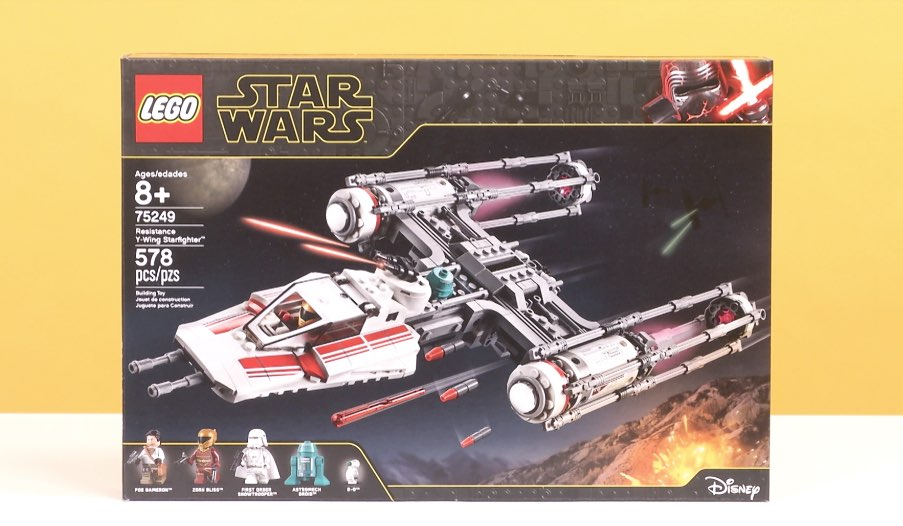 take a crack at this wishbone

The Rebel Alliance needs you! The all-new LEGO Star Wars Resistance Y-Wing Starfighter, based on the ship as seen in The Rise of Skywalker, is ready for any mission. With a new-for-October-2019 color scheme, this starship playset makes a great addition to any Star War fan’s collection. The set includes 578 pieces that build the Starfighter, complete with opening cockpit that seats one minifigure. Plus, the Y-Wing Starfighter comes ready for action with top-loaded bombs with trigger-activated release, spring-loaded shooters and folding landing gear.

But who’s gonna fly it? Poe Dameron and Zorii Bliss minifigures are included with weapon accessories and Zorii’s molded helmet. To help fly the starfighter, there’s space behind the cockpit for the included Astromech droid. The Y-Wing Starfighter playset also includes the brand-new D-O droid, too! The included First Order Snowtrooper minifigure with blaster can make a mess of the mission, but our heroes are well-equipped for victory and a whole lot of play! This is a fun and exciting build for Star Wars and LEGO fans. It brings to life one of the franchise’s ships known for dogfights and puts it into the hands of little Jedis in training. Working pieces and fun details let Star Wars fans play out their favorite movie moments or make brand new ones in a galaxy far, far away. 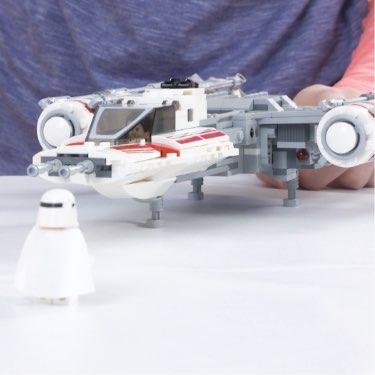 There’s nowhere to hide from the Y-Wing Starfighter, complete with top-loaded bombs with a trigger-activated release and spring-loaded shooters. 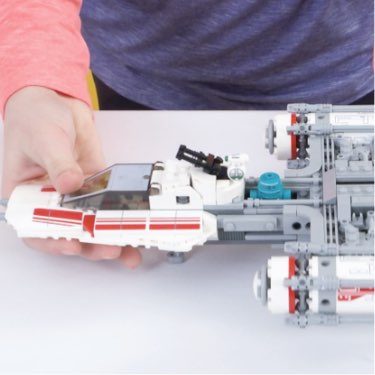 The Y-Wing Starfighter is modeled after the same ship as seen in Star Wars Episode IX: The Rise of Skywalker. There’s no mistaking this iconic bomber and it’s a great addition for any collector or builder.