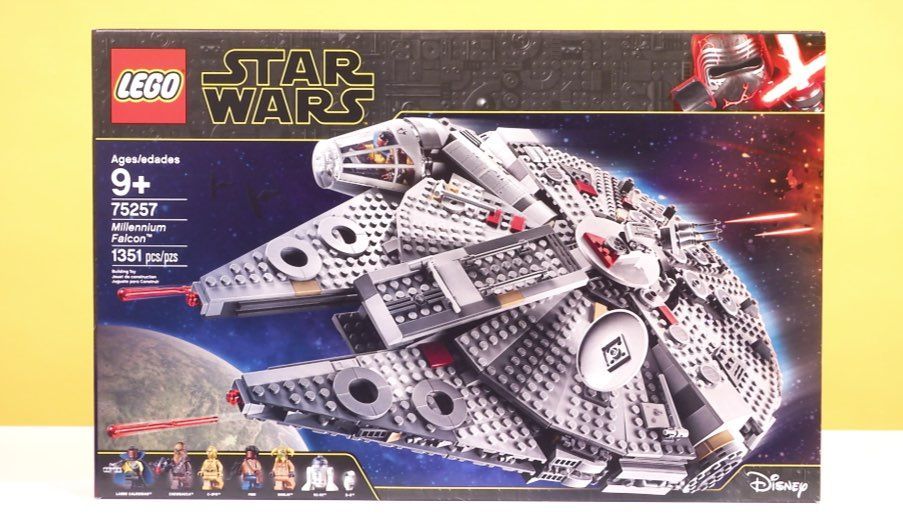 hop in the pilot’s seat and explore the galaxy

Build the one and only Millennium Falcon in a new way with LEGO’s Star Wars: The Rise of Skywalker Millennium Falcon construction set. It features an updated design for the classic ship, plus seven minifigures of iconic characters: Lando Calrissian, Chewbacca, Finn, C-3PO, Boolio, R2D2 and D-O. It’s based on the new movie Star Wars: The Rise of Skywalker, and Star Wars fans will have a lot of fun building this set and playing out favorite scenes from the movie. Using 1,351 pieces, kids can build the Millennium Falcon with removable canopy that seats two minifigures.

The whole ship opens up! Flip open the top panels for easy access to the ship’s detailed interior. There are seats, a navigation computer, a Dejarik hologame table and smuggling compartment to hide in when the First Order storms the ship. When it’s time to battle, the ship has two spring-loaded shooters and a bottom turret operated by one of the minifigures. Enemies attacking from above? Don’t worry, there’s a top turret, too! There is so much cool detail on this Millennium Falcon, perfect for playability and display. This new LEGO Millennium Falcon will make the perfect addition to a Star Wars collection and take kids’ imaginations to a galaxy far, far away. 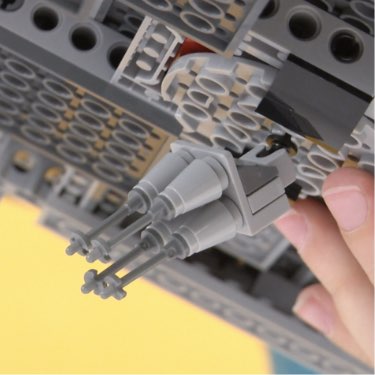 There’s nowhere for bad guys to hide with rotating top and bottom gun turrets and two spring-loaded shooters. Place minifigures behind each turret then clear the way for the Rebellion. 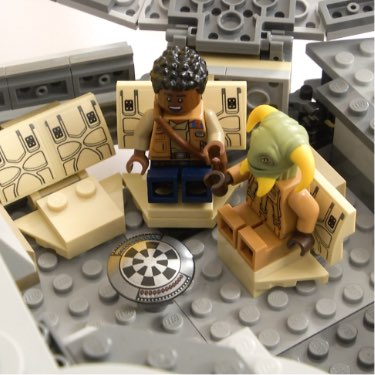 Whether they’re sitting down for a game of Dejarik, navigating the galaxy or preparing for an offensive attack, there are so many details inside to take play anywhere in the galaxy.