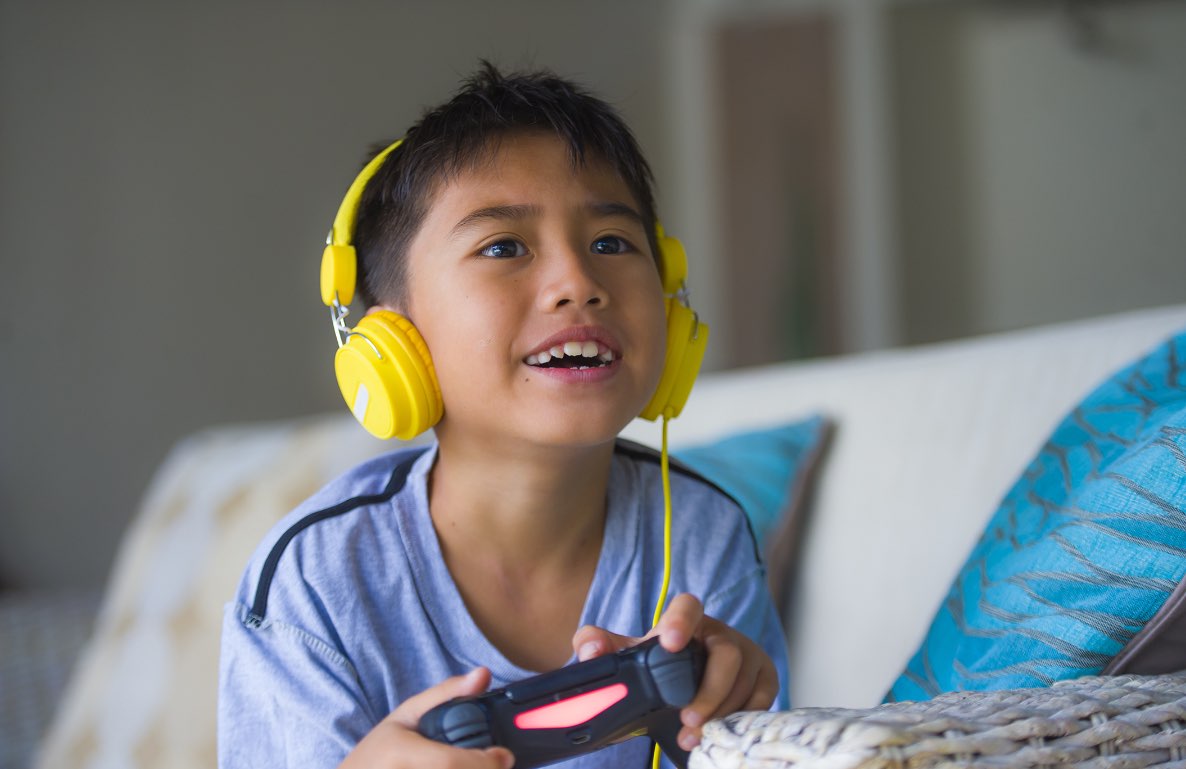 What comes to your mind when you think of video games? Heroes storming castles? Or maybe a braided explorer looking for lost treasures? Throughout the years, video games have given kids the chance to live out wild fantasies and scenarios from the comfort of their couch. But what do they do in-between all those levels and games? They play! And what better way to get ’em pumped for the next challenge than with video game toys! Grab some of these and watch their eyes light up when they take control of their favorite characters in a whole new…well, old…way.

It’s-a me, Mario Kart! Take Mario and Yoshi for a spin around the Mushroom Kingdom, where they’ll dash through coins, around an inverted loop and through castle gates. Each racer has two buttons they can use: a launching button to get the race underway and a green mushroom button they can smash to send an opponent flyin’ off track! They can add on to the Hot Wheels Mario Kart Circuit Trackset for longer races and more obstacles, plus they can collect more racers including Peach, Bowser and Luigi! Racers, start your engines! Once the fun starts, there’s no telling when it’ll end!

Show them your power! Draft a group leader and team from D.Va, Lucio, Mercy, Reaper, Tracer or Winston then travel around the revamped Monopoly board featuring locations from the popular video game. Roll the dice, go around the board and collect loot boxes, capture objectives and aim for the highest score to win! Two worlds of gaming collide with Monopoly Gamer Overwatch Collector’s Edition, but only one team will come out victorious! Get ready, grab your team and win!

You won’t have to dig too deep to find a gem with the Minecraft The Pillager Raid set. This super cool set comes packed with Minecraft characters like Kai, pillagers, a pig and even a Ravager. Head to the trading post and loot up for battle, warn the villager at home about the pillagers then prepare for play! The Ravager’s head moves forward and its mouth opens and closes with the pull of a lever, but it won’t be enough to defeat Kai from Ninjago! There’s loads to play with after the build, so fans of Minecraft will love adding this set to their ever growing collection.

What do you do when a foam rocket is flyin’ your way? We don’t know, but you’ll soon be able to tell us when you hand ’em the Fortnite RL Rocket Dart Blaster. Inspired by Fortnite, the bright rocket launcher fires a big foam rocket when they pull and push the launcher. Use the two sights to find your target then blast ’em away! When fans of Fornite see this blaster, they’ll race to grab it and claim an unfair advantage in the next blaster battle. Sure, it might only fire one rocket at a time…but it’s a rocket!

Get dressed up and become the princess of Hyrule, ready to help save her kingdom from Ganon and his minions. Inspired by her dress in Twilight Princess, the Legend of Zelda Princess Zelda Deluxe Costume features shoulder armor, a full gown, apron featuring the Triforce and crown. She’ll have to use her wisdom and pure heart to save the day from Ganon’s evil thirst for power, but your little one’s dressed up just like her will be sure to keep all the residents of Hyrule safe from harm! Pretend play meets a classic video game series packed with loads of quests they can recreate whenever they get the call for adventure.

Wherever there’s a Princess Zelda, you’re sure to find a Link. Inspired by The Legend of Zelda: The Wind Waker, the World of Nintendo Legend of Zelda Link 2.5-Inch Mini Figure may be tiny but can pack in loads of play. Equipped with the Hero’s Shield and Hero’s Sword, Link is ready to set sail and explore dungeons in his quest to stop Ganon, retrieve the Triforce and save the land. Just like many other versions of Link, this recreation has him dressed in his iconic green tunic and cap. No matter where the quest takes them, they’ll have a great and brave hero by their side to help guide the play.

Cuddle up between rounds of Fortnite with the Fortnite Llamacorn Loot Plush. Inspired by the Llamacorn as seen in Fortnite, this high-quality recreation will get fans of the epicly popular video game ready for more rounds every time they see it! Bright blue with wings, a horn and yellow blanket draped over its back, the Llamacorn Loot Plush may not be filled with battlefield goodies, but it is definitely packed with fun!