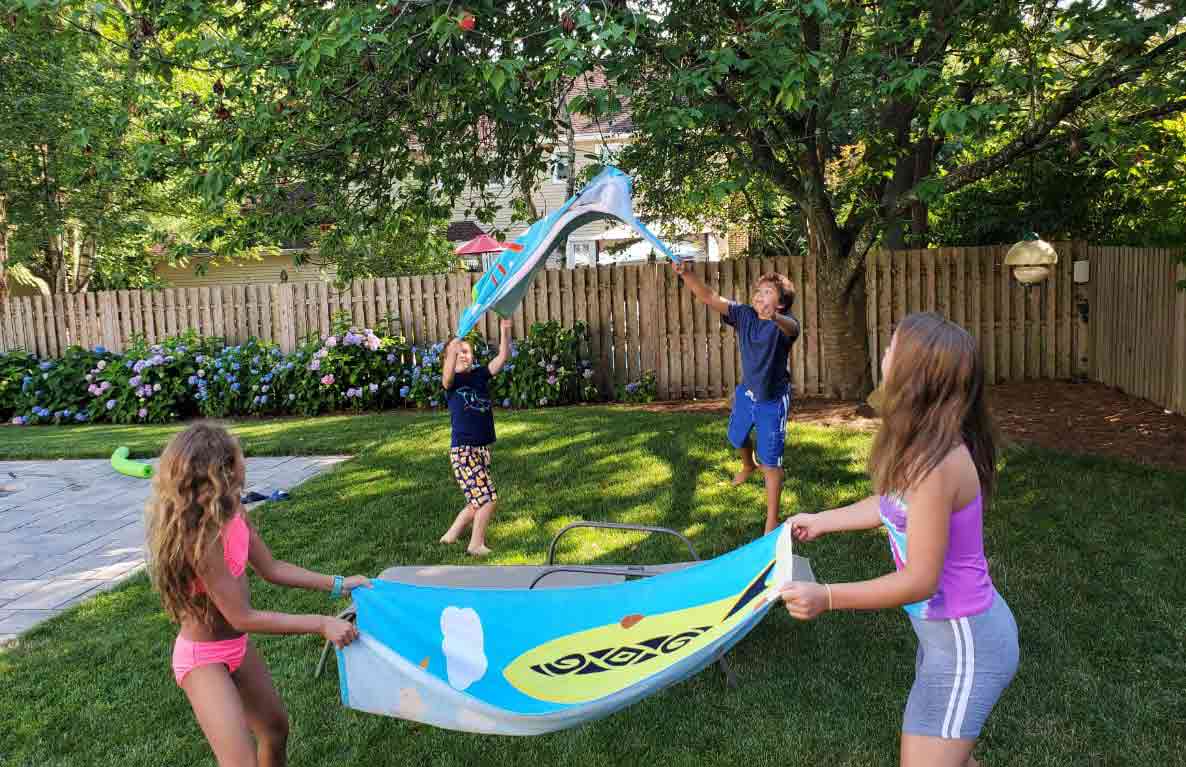 A good ol’ water balloon battle is a super way to cool off from the summer heat. Let’s turn the fun-o-meter waaaayyy up on this classic with a little DIY tinkerin’! Using their beach towel, one team launches a balloon in the air toward the other team. That team tries to catch the balloon in their towel without breaking it. Go back and forth with the same balloon as long as you can; toss in a new balloon as soon as one breaks to keep the fun goin’. Track the number of broken balloons, ‘cause the team that broke the least, wins! Ready to launch the fun? Grab some large beach towels, form teams and fill up the balloons – it is ON! 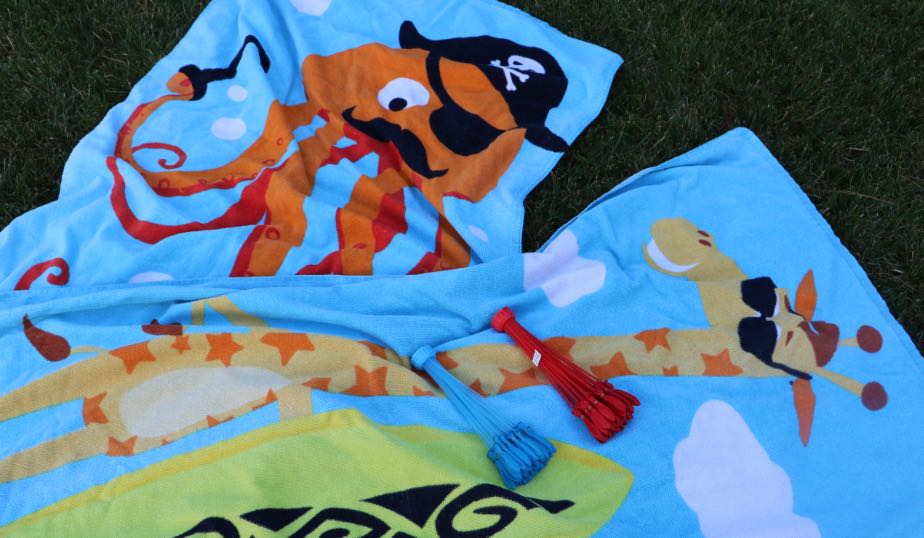 Each team gets a towel – that’s their super-duper balloon launcher! 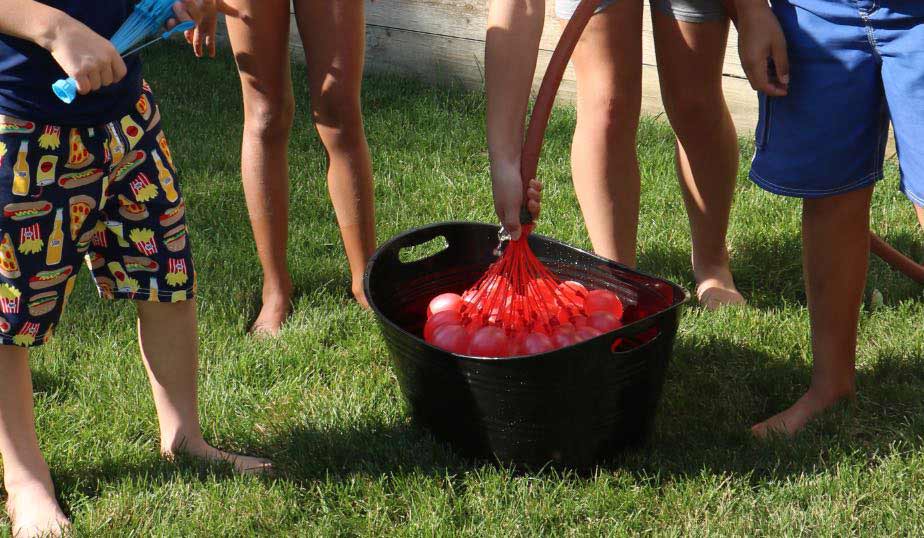 Place the balloons in a bucket (optional) and fill with water. Get to the play a lot faster with Bunch O Balloons – 100 balloons fill up and tie in 60 seconds! 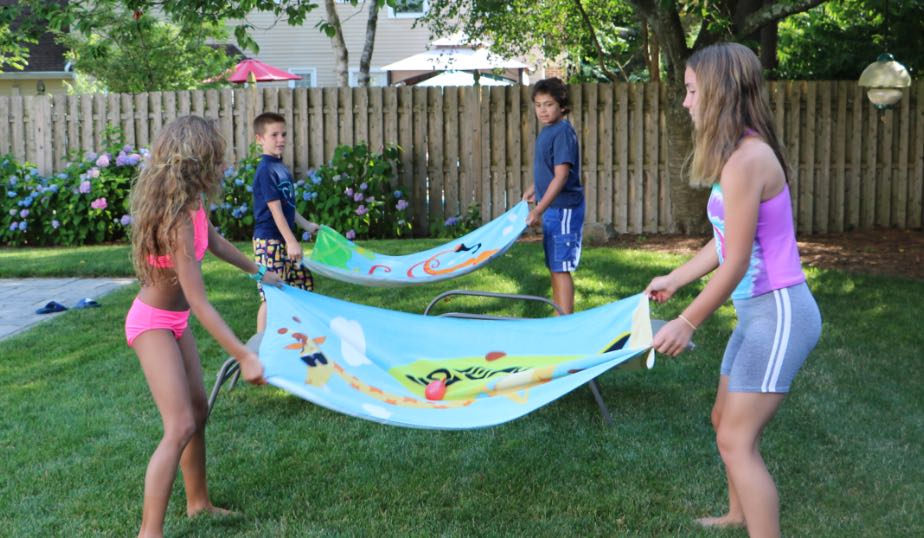 Each team stands next to the other, holding their towel. Choose which team goes first and place a balloon in the center of that team’s towel. 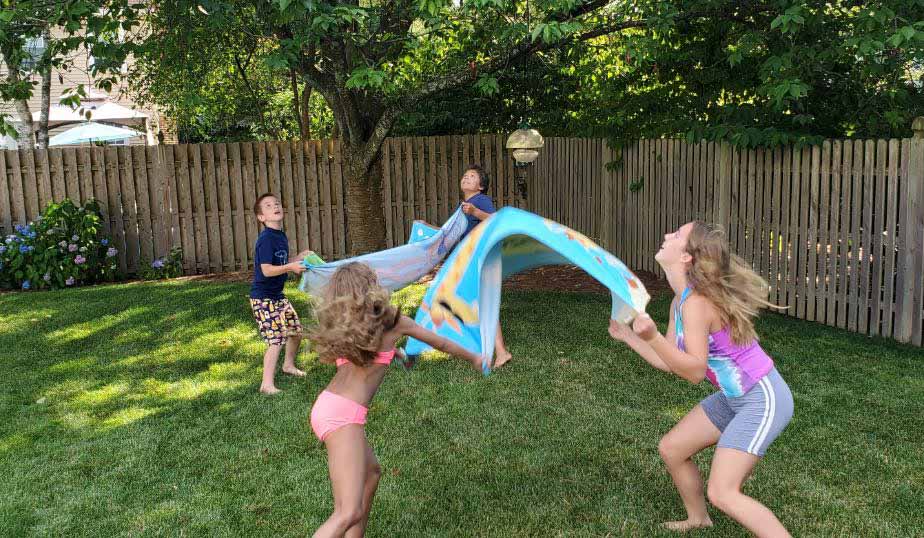 Holding the corners of the towel, players swing their arms back and then high up over their heads really fast to launch the balloon! The other team tries to catch the balloon without getting soaked! If the balloon survives, they launch it back to the first team. Go back and forth until 10 balloons have been broken during play. Keep track, and the team who broke the least amount of balloons, wins! Play tip: you can play with 10 balloons or more, just agree on a number first. You can also add additional teams if there are more who want to join in!