level up with video games and gear 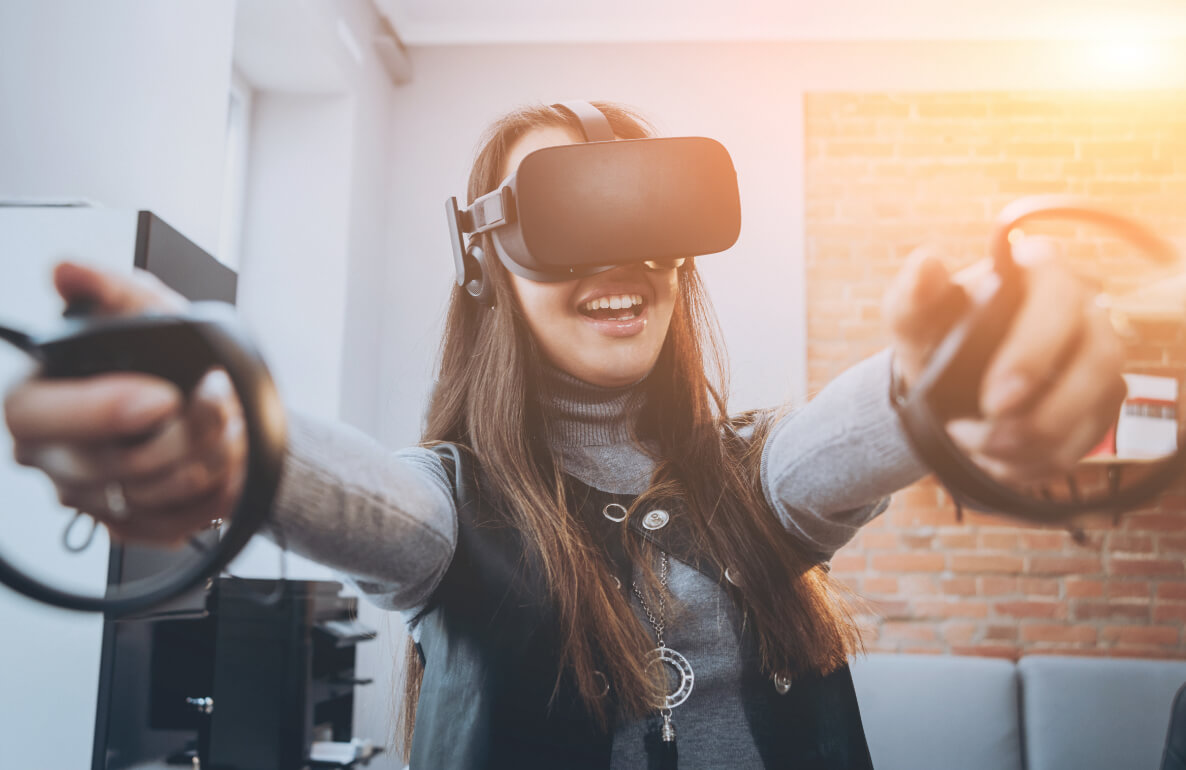 Get in on the action and adventure! Race down the court or around the track…and get their hands on a seriously awesome controller. With this selection of video games and accessories, they’ll have worlds to explore, titles to win and days to save. Put them in control of the fun! These video games pack a punch, and we’re sure you’ll find something they will LOVE!

Got some goals to reach? Strap in with the Ring Fit Adventure to get the blood flowin’ and the smiles growin’! Ring Fit Adventure is an adventure game and an awesome workout in one! Players will use the Ring-Con and Leg Strap accessories to jog, squat, twist and sprint through levels, sweatin’ it out as they make their way through the game. Don’t feel like sprinting? Take part in some yoga classes and learn some new poses. Change things up with the Rhythm Game mode, where players will have to really feel the beat to progress. Players of all skill levels can play and after watching them take on a few levels, you might just want to test your own abilities!

Wahoo! Mario Kart Live: Home Circuit brings the thrills, spills and Red Shells into the real world with actual karts that players drive around the house as they use in-game items to gain an advantage or send an opponent spinning out! Here’s how it works: your home becomes the racecourse that you’ll send a real-life Kart around. On the Nintendo Switch screen, players will control the Kart as it drives around the house and race other Karts on the screen. Look for those power-ups! Catch a mushroom and your real-life Kart will get a momentary boost! If somebody nails the Kart in-game with a Red Shell, the real-life Kart will stop for a second, too. Mario Kart Live: Home Circuit is an awesome way to bring all the action straight to your home and turn it into a Mario environment the kids can really race through!

Some games require that players hear everything around them so they don’t get caught off-guard. Get immersed in faraway worlds and great video games with the Stealth 600 Gen 2 Wireless Gaming Headset. Ear cushions and ProSpecs glasses relief bring hours of comfort to every player. They won’t miss a thing with Windows Sonic surround sound, ear cup acoustics and expertly tuned 50mm speakers. Use the flip-to-mute mic to chat in-game or between rounds and four signature audio presets to find their perfect audio settings. With a 15-hour battery life, they’ll have all the time they need to dive into a game and explore at their own pace. The Stealth 600 Gen 2 Wireless Gaming Headset is perfect for serious gamers looking for a serious upgrade.

Take gaming to the net level with NBA 2K21. The best-selling series is back with realistic graphics and gameplay easy enough for a newcomer to understand for a quick pick-up game yet challenging enough for seasoned vets. Not only do the in-game NBA pros look like their on-court counterparts, they play in the same styles, too. Play a full season as their favorite NBA team—or WNBA team—and continue the experience with NBA teams in MyLeague, a franchise mode that takes players from team management to gameplay throughout seasons of victories and defeats. Choose MyTEAM mode and assemble a dream team to compete against the world. NBA 2K21 is a blast to play and a must-have for sports fans and NBA followers.

Explore a world where myths come to life, where legends are made and where gods require the help of mortals. Immortals Fenyx Rising puts players in a stylized open world inspired by Greek mythology. Players can build their own hero then embark on a journey where they’ll use skills and weapons forged by legends to take on beasts like cyclops, Minotaurs, griffins and more. Ascend with Daedalus’ Wings, Achilles’ Sword, wield swords, axes and bows! They’ll use a combination of combat and puzzle solving as they progress in the game, traversing seven unique regions inspired by Greek gods. Immortals Fenyx Rising is a legendary quest, action-packed adventure and lesson in Greek mythology all-in-one!

Shake their groove thang to 40 new songs, exercise and have an all-out dance party in Just Dance 2021. More than a dance game, players can get some good exercise in, too! Choose Sweat Mode to track calories and time spent dancing to awesome tunes. Learn choreography to songs they love that can challenge all types of dancers. Along with popular songs, fans of KPOP will be satisfied with a selection of popular songs they can dance to, too! Just Dance 2021 is an easy way to get everybody in the house boogying side by side, trying to learn simple and very challenging choreographies to try and score as many points as possible!

In a word, Marvel’s Spider-Man: Miles Morales Launch Edition is stunning. There’s a war for New York City and a new hero has shown himself worthy of saving the day! Miles as Spider-Man is packed with powers to send baddies scramblin’ to get out of his web. From bio-electric venom blasts to web-slinging classics, Miles is ready to tackle big name bad guys like Kingpin, Rhino and Venom. NYC is a sprawling environment to explore, with missions that unlock big problems within the city, side-quests to quench every adventurer’s thirst and lots to unlock. If their spidey sense is tinglin’, then give ’em a game that unleashes the power of the PS5 and gives ’em a great time while it’s at it.

You may have seen some funny videos of people trying out a virtual reality headset…now it’s their chance to try! The Oculus Quest 2 brings players in the center of the action with a headset where their moves matter. Use the Oculus Touch controllers to navigate new worlds or just get a great set at a concert, exclusive events and more. There’s no need for a console, the Oculus Quest 2 stands on its own and requires little set up to hop in and get goin’. Armed with 3D cinematic sound and premium display, they’ll love getting swept away to a galaxy far, far away or into a world where dinosaurs roam the earth. Wanna see what the hype is all about? Check out the Oculus Quest 2 and get their head in the game.

The DualSense Wireless Controller features physically responsive feedback with dual actuators. Whenever there’s action goin’ on in-game, they’ll feel the vibrations in their hands. Adaptive triggers are tension and force controlled, so they’ll ease in when braking or slam on ’em when confronted by a baddie. If they play online, just plug in a headset using the built-in jack and talk to friends while playing. The DualSense Wireless Controller also includes a Share button, where players can capture epic in-game moments to broadcast them live to players everywhere!